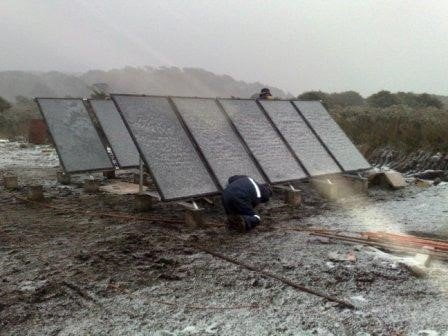 What is the furthest South that solar water heating panels have been installed? Who installed them? Does it surprise you that close to Tierra Del Fuego and Cape Horn on Lennox Island there are Solar Thermal Panels – the same panels 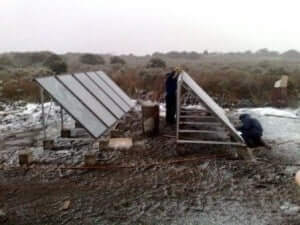 that have been fitted in Germany, England, the United Kingdom, the USA and in the Sahara Desert?

When, in 1833, Charles Darwin sailed in HMS Beagle he sailed around the southern tip of South America between Tierra de Fuego and an island called Lennox Island. The channel was thenceforth known as the Beagle Channel, and the Beagle Channel with the neighbouring Islands, became a long standing dispute between Argentina and Chile, as to ownership. The dispute was founded, like many boundary disputes, upon ambiguous language, contained in a Treaty between the two nations in 1881.

Everything in the treaty was clear to latitude 52 degrees south, but the treaty, describing the division of barely explored lands and waters, was unclear until the dispute was resolved by Papal mediation in the early 1980s. That mediation left Lennox Island under Chilean Sovereignty, and Chile established, among other things, a military base for their marines at Lennox Island at 54 degrees south, about the equivalent latitude south as Manchester is in the northern hemisphere. 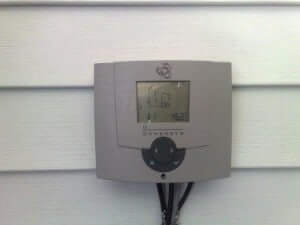 Despite its latitude, Lennox Island is a very cold place. Cape Horn is only a few degrees more south and Lennox averages in temperature around 4 degrees Celsius. Getting resources to such a faraway place is always hard and the Chilean marines, in order to provide some sustainable independent source of energy commissioned ten solar thermal panels from CVC Instalaciones Solares at one of the Marine’s homes to provide hot water and heating support. You can see some pictures of the installation, which is now complete. Preliminary results are excellent, with the panels providing sustainable renewable heat in the cloudy, cold & overcast conditions close to Cape Horn.